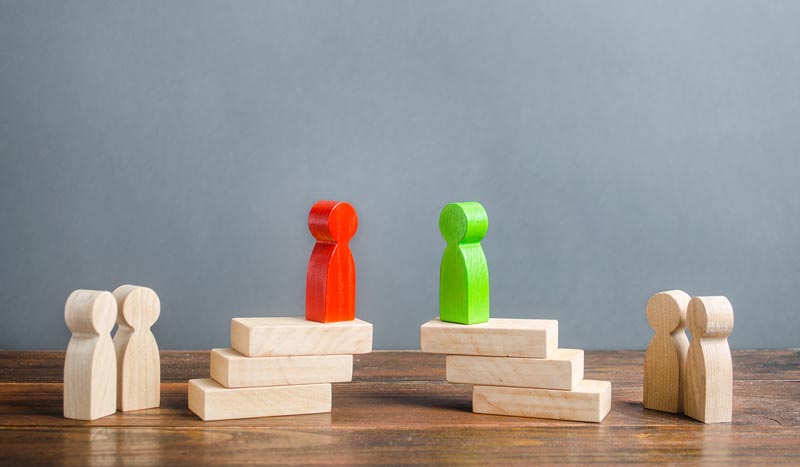 You Irritate Me, Therefore I Exist

I watched the movie Defiance last week with my wife. It is based on a true story about an ever-growing group of Belarus Jews who flee from the Germans during World War II. They find refuge in the forest. They got irritated with each other at times under their precarious circumstances.

Two of the characters are Shimon Haretz, played by Allan Corduner, and Isaac Malbin, played by Mark Feuerstein. Though they are Jews, they are generationally challenged by each other. Shimon is older and Isaac is a young intellectual. They become friends in the forest, but they are not always on the same page. At one point in the movie, Shimon says to Isaac, “You irritate me, there I exist,” which is an adaptation of Rene’ Descartes’ famous saying, “I think, therefore I am.”

I chuckled to myself at Shimon’s ingenious adaptation of Descartes’ saying, but it also reminded me of how irritated I’ve been with our present day partisanship, rude, crude and demeaning remarks and behavior, epitomized in the two presidential debates. It appears that everyone, including me, is irritated by everyone else.

I think of the two childish men trying to dominate each other in the debates. They seemed to have forgotten why they were standing on the stage behind the lecterns. They didn’t seem to care about each other, the moderators, or the audiences. I turned off the TV after an hour of cringing during each debate. Is there any hope for downsizing the amount of widespread rancor? If there is, I know it begins with one—ME.

I’m not campaigning for an elective office, but I do know that I’ve been called to be an ambassador of Jesus Christ and the kingdom of God. If this is a true and accurate description of my role on our great big green, brown, blue and white earth, then it’s my responsibility to identify and pursue, as best as I can, the agenda of God’s kingdom. Here are some the principles that I’m reminded of as I think about my irritability:

Speak truthfully to each other.

Install the two-speed transmission for speaking: Be quick to listen, and slow to speak and slow to anger. (James 1:19)

Develop patience. “A hot-tempered person stirs up dissension, but a patient person calms a quarrel.” (Proverbs 15:18)

Speak with ‘I statements.’ Take ownership of our thoughts, words, behavior and attitudes. ‘You statements’ in our conversations always include an invisible index finger pointed at the other person that puts them on the defensive.

Keep track of the pinches so they don’t become crunches. My friend Lonnie Hayter introduced me to this principle when I was a corporate chaplain. Pinches are those things in our relationships that irritate us. We need wisdom and discernment to handle them sooner than later because one pinch can become two, three or more accumulated pinches that ignite a crunch. A crunch is the blow up, the fight, or the argument that arises in relationships. When we analyze a crunch we frequently find a pile pinches that we failed to handle properly.

Finally, I’ve learned to limit the times I give attention to current events. I start my day by feeding my mind and spirit with nourishing content. I have an appointment with God after I get up. I don’t start the morning by checking emails, Facebook, Twitter or the news.  Someone may consider this a fault, but for now that is how I take care of myself first. I find that this normally helps me be better prepared for the rest of the day.

We can’t wait until after the elections to implement these principles. Our families, communities, states and nation need us to practice them now. You irritate me, therefore I exist to eradicate my irritability.