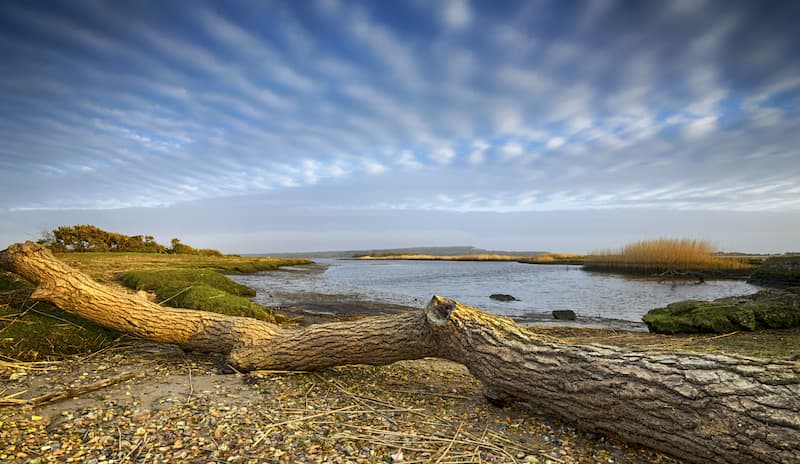 Have you tramped through a marsh recently? Kya Clark, lead character in Where the Crawdads Sing, tramped through a North Carolina coastal marsh at Barkley Cove. She lived in the marsh, looked like a tramp to town folks, and so, they labeled her the Marsh Girl.

Tate Walker befriended Kya. He taught her to read and write, and encouraged her with her drawings and paintings of the marsh animals and plants. Tate left for a college summer job, but promised to come back to her. Before he left, he gave her a list of publishers to contact about her artwork. Tate did not keep his promise when said he would and this devastated Kya.

Kya turned her attention to the town’s star quarterback, Chase Andrews, when he started pursuing her. It turned out that he was engaged to another woman. When Kya learned of his secret life she rejected him. He physically abused her and she told him that if he ever attempted to hurt her again she would kill him. A short time later, Chase’s body was found near a fire tower and Kya was arrested for the murder.

My wife and I listened to the audiobook of the Delia Owens’ novel. We liked it so much that we attended the movie, but not before I read several professional reviews of it. They trashed it for various reasons, so I hesitated on spending money for tickets. My wife treated me to the movie on a date.

We liked the movie. The tone is more subdued than other dramas with outrageous action scenes.  Kya’s trial for the murder of Chase is the watershed point in movie. Once the verdict is announced, the movie brings the story to its intriguing end very well.

What caught my attention was the role of the Bible in the story. It is used in two ways. First, Kya’s mother’s Bible contained a list of three generations of the Clark family. Kya uses this information at the town office to support her claim as the rightful heir of the property in the marsh. Family Bibles have been used to record generational information for, well, generations. I possess a Kilbourn family Bible that contains genealogical information for several generations. I have not used it to prove a rightful claim to property.

The Bible is used a second way. Mr. and Mrs. Madison are a Black couple who own the boat dock store that Kya uses for her groceries and motorboat gas. They are sympathetic to Kya’s circumstances and needs. At one point, state officials wanted to put Kya in a boarding school when she was young, but she did not want to leave her home. Mrs. Madison recites Jesus’ words in Matthew 25:40 to her husband, “whatever you did for one of the least of these brothers of mine, you did for me.”  Mr. Madison sees her point and agrees to protect Kya however they can do it.

Mr. and Mrs. Madison are heroes in the story. Jesus’ teaching is the basis for their kindness and courage in helping Kya. Their obedience to their Lord makes them modest but crucial heroes.[1] Unlike the town folks, the Madisons’ helped the young piece of white trash, their neighbor and friend, the Marsh Girl.

Mrs. Madison’s recitation of Jesus’ words reminded me of the sermon I was preparing to preach the following Sunday at the Walton Correctional Institution in Defuniak Springs, Florida. My text was the same passage from Matthew 25:31-46. Her application of Jesus’ words to Kya’s situation correlated to mine. I felt the Lord’s affirmation of my chosen passage and topic. I did not expect this encouragement from the movie, but God gave it to me as a gift.

The disappointing aspect of the movie’s inclusion of the Bible is this: Kya did not use the Bible for her spiritual enrichment the way the Madisons depended on it. The Bible supported her claim to the property which boosted her self-esteem and led to her great delight when she obtained the land deed. Many people are like Kya. They own Bibles but they are indifferent to the Bible and its teachings. We would all do well to emulate the Madisons.

The Bible is the most valuable sourcebook for living life God’s way. Jesus taught that helping people in need was one of his top priorities in life. He knew this because he carried the Jewish Bible around with him wherever he went, not in book form, but in his heart and mind. His Bible lived in his heart. Mrs. Madison lived the message of the Bible in her heart too, and that made her and Mr. Madison heroes wherever crawdads might sing,