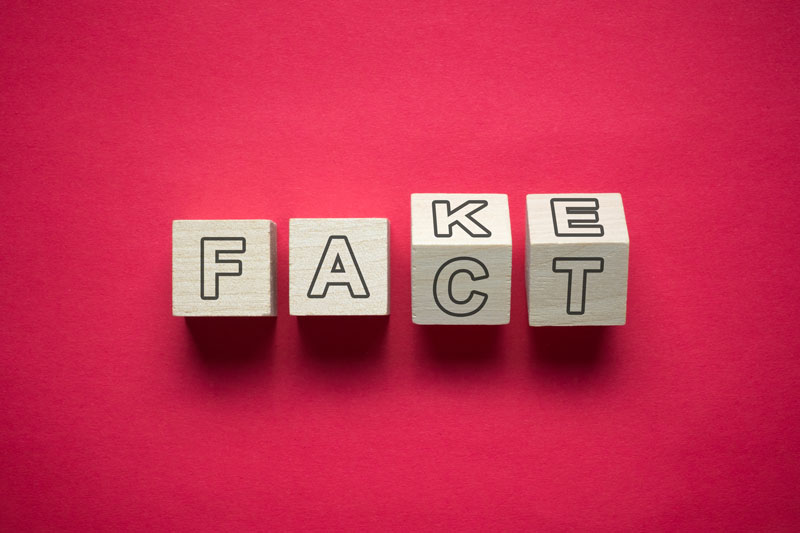 I thought I was reading today’s headlines during my recent evening Bible reading. Jeremiah’s prophecies in chapters 28 and 29 contain many references to prophesying lies, speaking lies, and believing a lie. The other correlation to today’s news in these chapters is “each side of the aisle” accused the other side of lying. This battle of words wasn’t about whether an election was interfered with, stolen, or fraudulent.  The participants were arguing about the divine resolution to the crisis their nation was in as the Babylonians demolished and dismantled it. So let’s consider how to address the accusations of lying, especially as it relates to the November elections.

Chapters 28-29 of Jeremiah give us a clue as to how the battle of counter-accusations was resolved then and how they can be resolved today. Jeremiah told his opponent, “But the prophet who prophesies peace will be recognized as one truly sent by the LORD only if his prediction comes true.” (28:9) Many people can see the logic in this pronouncement. It wasn’t new with Jeremiah. Many centuries before Moses made a similar point, “If what a prophet proclaims in the name of the LORD does not take place or come true, that is a message the LORD has not spoken. That prophet has spoken presumptuously. Do not be afraid of him” (Deuteronomy 18:22).  The problem most people have with this ‘wait and see’ test is that it takes time and requires patience. Who has the time or patience to wait for something to come true?

Since we’re talking about a principle for discovering the truth, we should review some other principles. Many of our country’s cherished judicial principles are based on ancient laws of the Bible.  The ‘wait and see’ test isn’t the only principle used in determining if something is true or not. Another principle is ‘make a thorough investigation” (Deuteronomy 19:18). Failing to investigate thoroughly is the problem I have with many social media posts. Someone reads or hears something and immediately shares it. I can’t count the number of times I’ve asked the friend to fact-check their post.  One type of fact-checking is the date of the original story. I recently addressed a case of a news video clip that  was forwarded to me that was at least two months old. The sender didn’t know that. It wasn’t that the news was wrong, but that it was older than the sender realized.

Thoroughly investigating a matter can lead to discovery. The news story just mentioned was related to the study conducted by the Johns Hopkins University that compared the numbers of reported deaths caused by underlying conditions in previous years to the numbers reported in 2020. The data showed noticeable declines in numbers of reported deaths in several categories of underlying conditions. The study’s conclusion was that attributing deaths to COVID was distorting the numbers of deaths attributable to the underlying conditions. This kind of study sheds new light on our understanding of the pandemic. Thorough investigations confirm, debunk or discover. These three results from thoroughly investigating matters help us make informed rulings and decisions. Just judicial rulings and wise decisions are based on time-consuming fact and information gathering, study, and reflection.  A third cherished principle in discovering truth is “sufficient testimony” principle. Multiple witnesses are required to collaborate an accusation of guilt (Deuteronomy 19:15). Many times we’re too hasty to make a judgment that is based on insufficient evidence.

Verification of last November’s elections results had time constrains. If there was fraud and interference, they had to be discovered and addressed quickly. Abraham Lincoln quickly addressed an interference in the 1840 election. A railroad contractor named Mr. Radford took possession of a polling-place on Election Day to prevent the Whigs from voting. Lincoln seized an ax-handle and hurried to confront Mr. Radford at the polling-place. “Radford,” Lincoln said, “you’ll spoil and blow if you live much longer.” Mr. Radford knew Lincoln’s character and discreetly exited the polling-place.[1] A friend’s wife died a few weeks before her absentee ballot arrived in the mail. He posed about the matter on social media, but informed his audience that he didn’t fill out her ballot and mail it in as if she were alive and filled it out herself.

The re-counts and judicial rulings concluded within the time constraints that there wasn’t widespread fraud and interference that would overturn the elections results. Mr. Joseph Biden and Ms. Kamala Harris were confirmed the winners. Was there widespread fraud or interference in the November 2020 elections? The verdicts were ‘No.’ I told a friend that I accept the election results and that, if the verdicts are wrong, time would tell.

My perspective is based on a few assumptions. First, the overwhelming majority of the votes were true and accurate. Where there was fraud and interference they did not impact the final outcome in the tallies. Further research with less emotionalism or time constrains will confirm or indict the rulings on the November elections results. Time will tell what was right or wrong about the November elections results. Until then, we, who believe in the sovereign Creator who is Lord of history, must trust God. We must humble ourselves and confess our lies, BIG or little, and acknowledge that they dishonor God, poison our minds and hearts, and damage the foundations of a just and righteous society.  We must renew our resolve to speak truthfully to our neighbors.