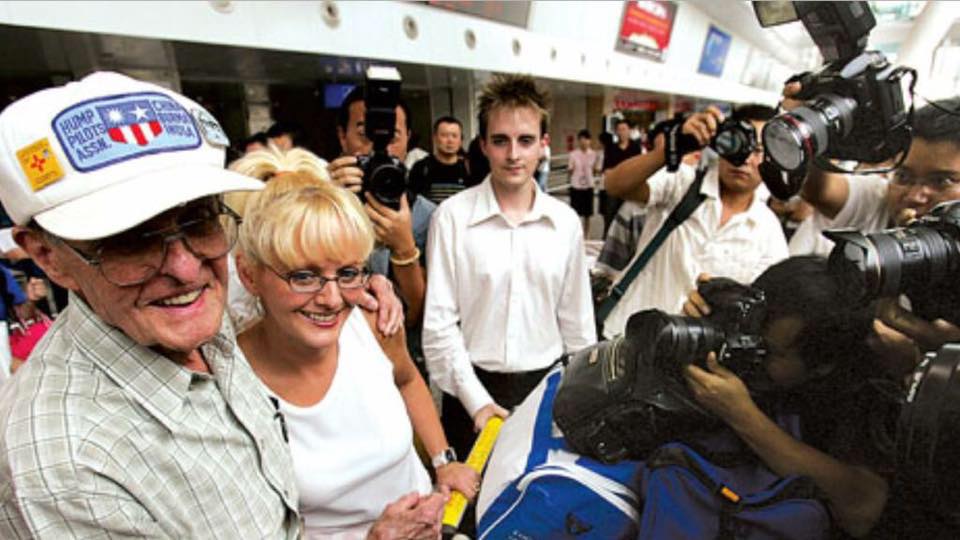 When Do We Call It Quits

Some organizations need a funeral because their purpose has expired. Take for instance the Hump Pilots Association(HPA). It officially shut its door in 2005, sixty years after it was organized for the purpose of keeping the bonds of service in the China-Burma-India(CBI) theater of World War II alive for Hump pilots and supporting personnel. The passing of those sixty years included the passing of most of the members of the association. I contacted a surviving member of the organization in 2014 to inform him that my Dad had died.

As far as I can determine, Dad joined the association in 1991, life membership #1631. This was about the time that he volunteered to serve as a doctor in Africa with the Presbyterian mission board. Following that medical service in 1992 to 1994, Dad and Mom attended the 1995 association reunion. Dad bought a slew of HPA memorabilia over the years: coffee mugs, totes, lapel pins, decals, baseball caps and the four volume set of China Airlift—The Hump. He purchased a number of books by Hump pilots that I consulted to try to comprehend what Dad’s tour of duty there was like in October 1944 to May 1945.

The 32nd annual meeting of the association was held in Arlington, Texas August 25-28, 1977. I couldn’t believe my eyes when I read this in association material while sitting at my desk in Arlington. Mom and Dad moved to Arlington to live near my brother David and me in 2007. For the reader who doesn’t know, Arlington is situated about halfway between Dallas and Fort Worth.

I found some interesting information about the reunion in the 1977 HPA summer newsletter that announced that the reunions were, “When Hump pilots in all their glory home in on the target and everything hangs out or hits the fan.” The target for this reunion was none other than The Inn of Six Flags located on Avenue H east of Route 360. The beautiful hotel was described as being, “something else. Beautiful rooms, three pools, tennis courts, spacious dining rooms, fastastic lounges(watering holes)—the grounds are out of this world – YOU’LL LOVE THIS BASHA!!!” Basha was the native word for ‘hut’ that Hump personnel lived in in India during the war. The recommended Basha alternative to The Inn of Six Flags was the Spanish Inn. Room rates were $20 single and $23 double. For those arriving in RVs or with campers, Safari Red Arrow Camp Grounds was nearby. These facilities no longer exist.

The Dallas-Fort Worth turnpike charged 35 cents to drive to Arlington from Dallas or Fort Worth. The newsletter included this warning about the turnpike: ‘between the hours of 4 p.m. and 6 p.m., can be hazardous, hectic, frustrating, as well as being cussworthy. Both cities are “mixmasters,” the confluence of major highways into and out of the downtown areas.’ Nothing has changed in forty years, except for more construction and congestion.

Activities for attendees included a golf tournament, a ladies shopping trip to Neiman Marcus in Dallas, an old fashioned Texas barbecue Friday night at the Six Flags over Texas amusement park, tour of the American Airlines Flight Academy, and Saturday night was a Las Vegas night. Special guests at the reunion included George A. Page, Jr.(-1983), the C-46 designer; Don R. Berlin(1898-1982), former Curtiss Director of Engineering and Herb Fisher(1909-1990), former engineering test pilot on the C-46. The C-46 was the work horse for the China-Burma-India supply efforts.

The Hump Pilots Association is no longer homing in on any new targets. It is deceased and has been paid its last respects. For me, this is sad, but the passing of time reveals the mortality of men, women, and organizations. The HPA served its purpose. Its records and publications are valuable, abiding resources for succeeding generations.

Dad also joined the Air Transport Command(ATC) Hump Pilots Ltd.. He served as one the hosts for its 17th reunion in Dayton, Ohio in May 2003. In a letter about the next reunion, he listed two questions that the membership was asked to think about: How long can we keep active and when do we call it quits. This leads me to ask some reflective questions for those of us living today:

What organization am I associated with that has run its course and it’s time to call in the medical examiner to officially pronounce its end? Is the organization’s continuation worth fighting for? Would reinventing the organization serve a worthy purpose? What degree of commitment would I have for the reinvented organization?

The ancient Preacher’s wisdom rings true today: “There is a time for everything, and a season for every activity under heaven: a time to be born and a time to die…”