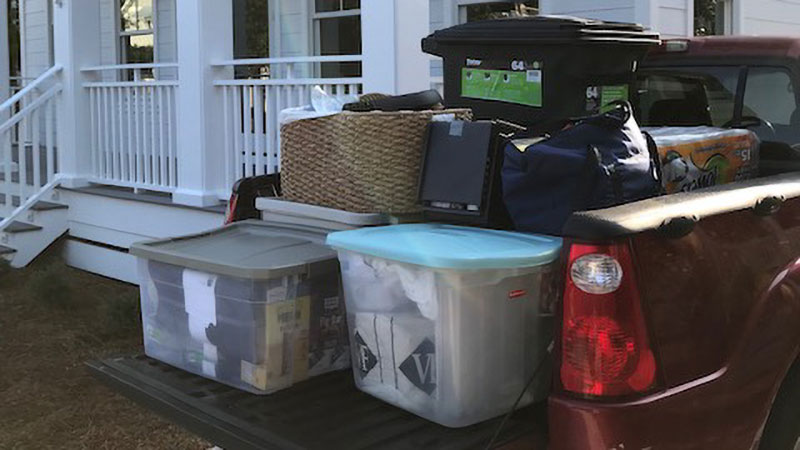 Turning A Dream Into A Home

Our dream house is 99.99% completed. We moved into it at the end of August and have been unpacking and decorating it to make it our home. The dream itself is about eight years old, so my wife Jan and I are elated that we’re living in the house. Since moving in, I’ve been reminded to look back at how all the pieces came together. The idea of the look back came to me when I read about the apostle Paul recounting to the leaders in Jerusalem “everything God had done through them.”(Acts 15:4). The purpose of this article is to give credit to who credit is due. First and foremost, the credit goes to God who, in my opinion, connected the dots. I’m convinced that God was at work, but I can’t prove it. You will have to evaluate the claim after reading this review. I would also give credit to my wife. The house dream began in her and she has nurtured it over the years. I would also report that numerous family members and friends encouraged and counseled us along the way. Our financial advisor crunched the numbers and analyzed the available and anticipated resources for the build.

What did God do to birth the dream in Jan to live on the Emerald Coast? She and her sisters grew up visiting Ocean City, New Jersey and boating on the Chesapeake Bay. They also visited their grandmother in West Palm Beach, Florida. Where did Jan and I take our sons? We drove to Ocean City and West Palm Beach. Jan’s middle sister and husband bought a house near the beach in our development in 2007. We visited them and the beach. Jan’s oldest sister decided to buy a lot and eventually build a house in the subdivision too. Beach and sisters were like soup and sandwiches in Jan’s mind, and we began looking at houses for sale in the subdivision. We didn’t see one that suited our tastes, so we boldly and fearfully bought a lot after prices fell following the 2008 recession. The price was a bargain for us. We consulted with our financial advisor and decided on taking out a lien on our Arlington house. We weren’t sure if we would be able to afford building, but we rationalized that the lot purchase would at least be a good investment considering the location.

My mother died in 2009 and Dad died in 2014. I received, like my four brothers, a portion of the estate. Jan’s mother also died in 2014 and Jan received a portion of the estate. These gifts were used to pay off the lien and to close the mortgage on the Arlington house. This put us in a better financial situation which made the idea to build feasible.
We worked with our financial advisor to prepare retirement plans for each of us. He kept assuring us that we could build. This meant that humanly speaking our resources would be sufficient to build and live comfortably in retirement. Jan and I also accepted the fact that since we don’t have control over everything, we would focus on what we did have control over and let the chips fall where they might even in the worst case scenario. It’s one thing to talk that way, it’s another thing to believe it and live it. Financially, I am not a big risk taker. I like money in the bank that I can count. Moving closer to build time activated my conservatism. I didn’t like the idea of expending the amount of money that we calculated it would cost to build. I kept thinking to myself why not find a house already built and that is less expensive. Finally, I realized that our lot location, the amenities of the subdivision and proximity to Jan’s sisters made building the best option. This conclusion didn’t happen overnight.

I’m a daily Bible reader in the morning and at night. I began to notice references to God’s creativity, building, making, fashioning and restoring. These descriptions of God weren’t brand new to me. What was new was how they kept reminding me of our building plans. If God is a builder, then it might be okay for us to build a house. Over the course of a year I kept finding these references that made me think and pray about our plans. I wondered if God could really be leading us to build. Is it okay to use our financial resources to build? Slowly, but surely, I gained confidence that God wasn’t against the house build. The passage that probably influenced me more than any other is Jeremiah 29. This chapter contains a letter that the prophet penned in Jerusalem and sent to the Jewish exiles in Babylon. The letter’s purpose was to urge the exiles to accept that they were going to live there for a long time, therefore they needed to build houses for themselves, plant crops, have their sons and daughters marry and to pray for the welfare of the cities they lived in. God commanded the people to build houses. Reflecting on this matter helped me to accept that building can be part of God’s plan for people including us. I also reminded myself that what I was reading wasn’t a command for Jan and me, but another piece of encouragement that we could proceed with our plans. As far as I know, we’ve never encountered any red light along the way, so we proceeded to move forward with the green light. 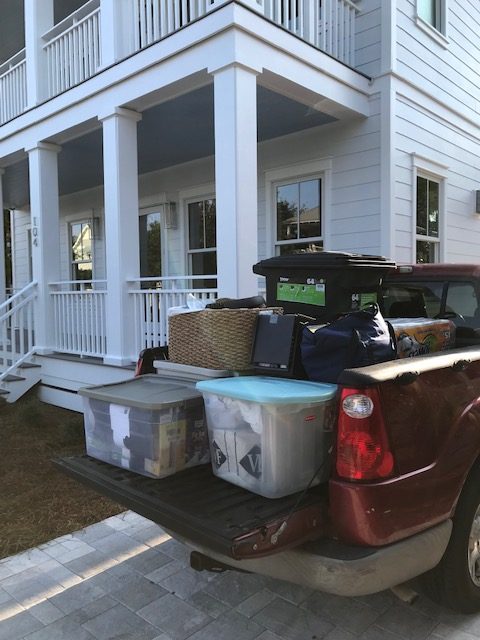 We hired an architect and builder who were men of faith. Their dispositions and expertise confirmed that they were people of character. We had drawn up a rough sketch of the floor plan we wanted which helped the architect tremendously and simplified the process of going from idea to official architectural plan. We then worked with the builder to make adjustments to the plan based upon his expertise.

While we were working on the house plans, we were also discussing when to move to Florida. I would retire in March 2018. We thought the house build was going to begin sooner than it did, so we decided to have Jan move in advance of me. I told people that I was ‘deploying’ her. I found a job listing for a nurse position at Sacred Heart Hospital in Miramar. Jan applied, was interviewed and offered the job. We moved her to Santa Rosa Beach over Labor Day weekend. Her oldest sister’s house was completed a week before Jan arrived, so Jan lived with her. Besides working full time, she fleshed out the details of the interior of the house. I will never fully comprehend the amount of time and effort she invested in this crucial aspect of turning the dream into a house.

When I returned to Texas, we realized that we needed to sell our house sooner than later. I arranged the details of the sale. Jan and I had met with our agent months before and followed her advice about preparing the house for sale before Jan was deployed. We put the house on the market on a Thursday in late October and we had seven offers by Saturday evening. We accepted one of the offers and by November 17 the house was empty, cleaned and sold.

It sounds easy, but it wasn’t easy. It was hard work doing the upgrades in the house, packing and cleaning it. Before deciding to sell the house we hit a kink in the financial transaction for the construction loan. The down payment was almost three times the amount we were originally told it would be. Both amounts were huge to us, but the final amount was triple huge. Our financial advisor told us about the 60 Day rule that permitted us to use IRA money for the down payment on the loan. Because the house sold so quickly, we easily met the 60 day limit so the withdrawal from the IRA account wasn’t counted as income for 2017.

The other thing that concerned us was where I would live once we sold our house. My youngest brother and sister-in-law live in Arlington and own First Rate, Inc. that I worked for as the corporate chaplain. They had an available bedroom with a private bath that they let me use from November 2017 to March 30, 2018.
The pilings for the new house were set in place in December and the house build began. Jan visited me in Texas in March for First Rate, Inc.’s annual retreat and my retirement party at the office. At the retreat Jan won a new iPad Pro. At the retirement party I was presented with a new laptop upon which I’m typing the words you’re reading. The prize and gift were viewed by us as gifts from God at a time when we were trying to preserve our money.

I loaded up my belonging in my truck Thursday night March 29. Early Friday morning my friend Gary Thompson joined me to help drive to Santa Rosa Beach. We arrived about 7:00pm. Jan was already at work, but we welcomed her home the next morning as she welcomed us to Florida.

Our builder informed us that the street number for our house was different from the one that Walton County had on file. We learned that the home owners association had assigned us a temporary street number but didn’t guarantee that it would be the one the County assigned to our house. Fortunately, the County personnel heard our plea to use the street number the HOA assigned to us. I told them that we had used the number for all of our documents such at driver’s license, insurance, residency, etc. They graciously listened to my plea and they accepted it. We were relieved and grateful to God for their accommodation.

Jan’s cousin Sandi had a crystal chandelier that her deceased husband had bought several years earlier. She had never liked it and replaced it with a different one after he died. She offered crystal chandelier to us for our new house. It looks gorgeous above our dining table. I call the W.J. Waddell Memorial Chandelier.

The house is now inhabited by us. The process of converting the construction loan to a mortgage started before we moved in and it was a serious inconvenience because of all the paper work that it required. We were reminded of all the paperwork for the construction loan and to sell the Arlington house. I don’t wish this on anybody, but it’s something that has to been done.

Jan and I are extremely grateful to God for the experience of going from dream house to our new residence. We’ve sensed God’s favor and grateful for everything God did for us. We thank God for all the people who helped us and that we met along the way of turning a dream into a delightful home. I encourage you to seek God’s guidance about your dream and to persevere through every phase of the process. You will then look back and recount everything God did for you.