Our Pandemic and India’s Bubonic Plague 1898 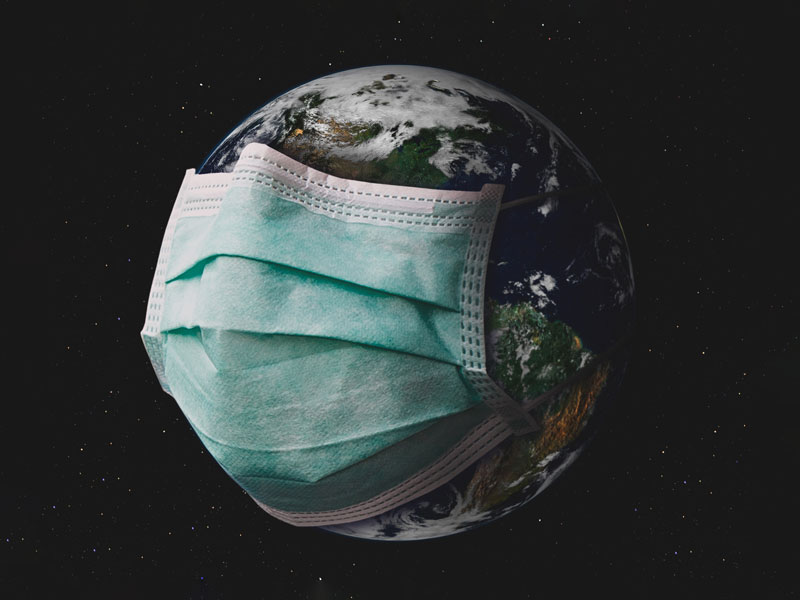 Please join me on a brief historical excursion that looks and feels like our contemporary pandemic. I am researching an ancestor’s journey in 1898 to Bahrain in the Persian Gulf. This great-great uncle, twenty-five-year-old George E. Stone, made the journey to begin his missionary service with the Arabian Mission. He traveled with a co-founder of the Mission, Rev. Samuel M. Zwemer, his wife and daughter, and another new missionary Miss Margaret Rice. He wrote letters home during the trip.

Near the end of the trip George and his friends stopped at Bombay (present-day Mumbai). George’s travel letter dated September 27, 1898 introduced me to the Bubonic plague that invaded India in the late 1890s. George’s description of Bombay was limited to the harbor. “The harbor is fine and it is filled not only with European steamers, big and little, but with the curious Indian coasting vessels and Persian Gulf ‘bukalos’ with their lateen sails and crews…” George and his friends transferred from the steamer SS Peninsular to a smaller steamer, SS Kola. The reader is left uncertain as to whether they transferred at a dock or while anchored offshore.  George added this historically relevant news, “Just now the plague is on again, with several hundred victims each day, almost entirely among the natives on account of their filthy surroundings.”

A bubonic plague ravaged India beginning in 1896. It killed an estimated ten to twelve million people. Historians think it began in China and arrived in India by ships. Rodents carried the fleas that harbored the bacteria. Bombay’s damp conditions and ineffective drainage provided the breeding environment for the rodents. Inadequate sewage systems led to unsanitary human and animal waste. The city failed to develop to an infrastructure to address the decades of industrialization that preceded the epidemic. The plague continued for about twenty years.[1]

Diagnosing the plague was difficult because the early symptom of fever was often confused with typhus or malaria. Incubation ranged from six to seven days. Symptoms then began to appear. Death occurred in about 48 hours. The mortality rate was about 60%. The government’s top priorities were to contain the transmission and to find a cure. The Bombay Municipal Act of 1888 was ineffective, so the Epidemic Disease Act of 1897 was enacted. This law empowered the government to use all possible means to prevent the spread of the plague. Travel was banned. The government also established a research committee. A Ukrainian bacteriologist, Dr. Waldemar Haffkine, worked on the project and is credited with developing the vaccine that cut the mortality rate by 97.4%. The British government had the cure, and the challenge was to vaccine as many people as possible.[2]

My ancestor did not get infected and die with the plague as a result of the stop in Bombay. I believe precautions were taken to avoid infection. I am enriched by learning from this ancestor’s travel letter about the plague in the late 1890s in India. Similar kinds of issues challenge our generation. The research shows that urban areas, such as New York City, are hit hard when disease is introduced to the environment. Population demographics play a big role in the spread of disease.[1] Existing weaknesses in infrastructures are exposed with undesirable health challenges. Enlisting citizens to cooperate with preventive measures is a tremendous avenue for hindering the spread of disease. Preventive measures are also resisted because people do not like isolation, travel restrictions, closures of commerce, or real or perceived threats to civil liberties. The ideals of a democratic society are impacted.

This brief summary of my ancestry research reminds us that we live in a world that faces extremely dangerous health crises. I am, like most people, tired of the restrictions, the infection risks, and the ongoing challenges of trying to serve and treat people humanely regardless of gender, race, age, ethnicity, social status, or faith. I simply want to live a “care-free” life again. The funny thing about our pandemic is that the precautionary lifestyle has become the new norm for me.

I cringe when I think that the pandemic exposes so many weaknesses in our healthcare infrastructure. We advocate for systems that help us respond quickly and effectively to new crises. Who knows what the next crisis will be? Why do we call certain crises ‘acts of God’? The pandemic made prayer a bigger topic and practice than in pre-pandemic days. It has also forced religions to reconfigure how they function. Virtual meetings, worship services, and sacred writings study groups, are also a new norm.

I chuckle and cry when I hear the call to trust the scientists. Like Dr. Haffkine in India, our scientists have quickly developed vaccines for the coronavirus. I majored in biology as an undergraduate. I learned, and appreciate, the scientific method. I also know that scientists hold different ideologies, arrive at different conclusions, and advocate opposing policies and procedures. Which scientist is a citizen to trust? Are we to trust Chinese scientists? We are obligated to study as many views as possible and develop our responses to challenges and opportunities. To simply tell a nation’s citizens to trust scientists is simplistic. Trust is usually earned.

I encourage people to trust God because I believe God is our Creator, Savior and Lord. Will everyone trust God because I urge them to do so? No. Whether the pandemic is an act of God, the failure of government, infrastructures, or a combination, then we must use a combination of means to overcome it. Fortunately, God is not limited to one means to rescue people, so prayer is the great avenue for us to acquire wisdom to respond to crises: “Now if any of you lacks wisdom, he should ask God—who gives to all generously and ungrudgingly—and it will be given to him.”[2] George E. Stone did not die by the plague in 1898, but he died the next year in Oman of illness. Whether we live or die, may we live wisely while we have breath.