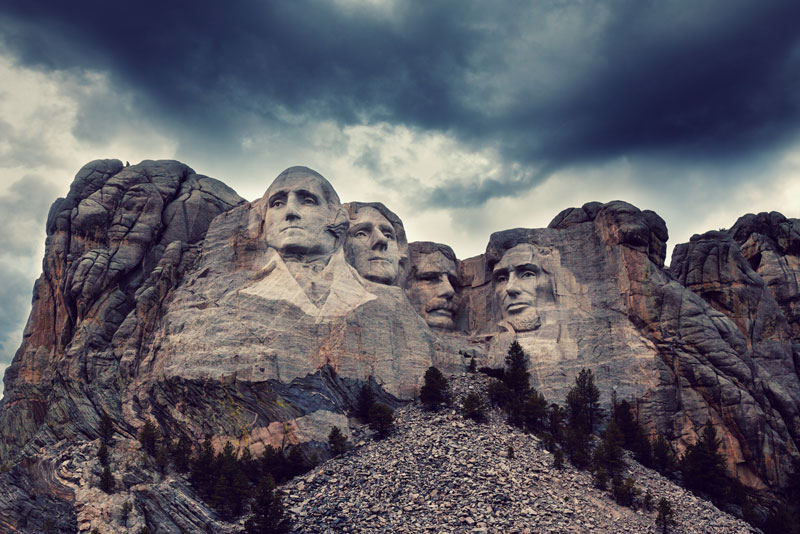 Oh No, I Guess That’s Not Right

Jay Leno said that for twenty-two years his team went out on the streets to talk to people for his Jaywalking conversations. His favorite question to ask people was how Mount Rushmore was formed. More than one person said that it was created by erosion. Jay was surprised by the answer. He wondered, “You think millions of years of wind and rain picked four presidents, four of our greatest presidents?” Fortunately, Jay’s respondents came to their senses, “Oh no, I guess that’s not right.”[1]

Human beings are intelligent, ingenious, creative, curious, inventive, gullible, and funny. Humor was a large purpose behind Jay Leno’s Jaywalking. Adults say the darnedest things. They also think up the darnedest theories like intelligence originating from non-intelligence. We humans have the darnedest tendency of rejecting the truth of God for a lie.[2]

We live in the age of labeling different explanations as conspiracies. Journalists, scientists, professors, theologians, and politicians use the same facts to create different theories.  People really do form different opinions about facts, events, comments, and other people. This was illustrated to me when I read Hannah Pennington’s article, “Princess Diana’s Heartbreaking Final Moments Have Finally Been Revealed By A French Doctor.” The details and lack of details surrounding her tragic death generated may theories about the car accident, death, and her relationship to Dodi.

Sorting through contrary theories can be hilarious, like Jay Leno’s Jaywalking conversations, but also sad. People who idolized Princess Diana demanded explanations. Unfortunately, explanations were not immediately forthcoming. The explanations were given were not the ones people wanted to hear. This led to rage and argumentation.

Karl Vaters (Twitter @KarlVaters) has posted the same Bible verse for 1123 days. Mr. Vaters is trying to convince me, “Don’t have anything to do with foolish and stupid arguments, because you know they produce quarrels.”[3]

I talked to one of my sons about all the healthy food advice found online. One “expert” gives advice on meat while another “expert” advocates non-meat lifestyle habits. So, how is a person supposed to ‘follow the science’ when scientists and experts follow the science, but arrive at different opinions? Following are my suggestions for addressing debatable matters:

First, take responsibility for our knowledge. Take time to investigate matters. Examine claims and studies. Many health food businesses base their advertising on anecdotal accounts. Many or most of these may be true testimonies, but buyer and user beware.

Second, know our own biases. During the Pandemic we have heard a lot about pre-existing conditions that make some people more vulnerable to viral symptoms. Do we know our biases well enough so that we can stay objective in assessing different opinions?

Fourth, the timeless adage “Everything in moderation” is usually wise counsel. There are extremes on each side of a hot topic. As Rev. John Newton wrote in 1783, “We should remember…there are extremes on both sides, and that we, as well as others, may verge too near the one, in endeavoring to avoid the other.”[1]

Finally, developing our own opinions on contemporary matters gives us courage to be patient, participants, and protagonists for what we believe is good and right. May we come to our senses after investing intelligent thought like Jay Leno’s respondents who said, “Oh no, I guess that’s not right.”