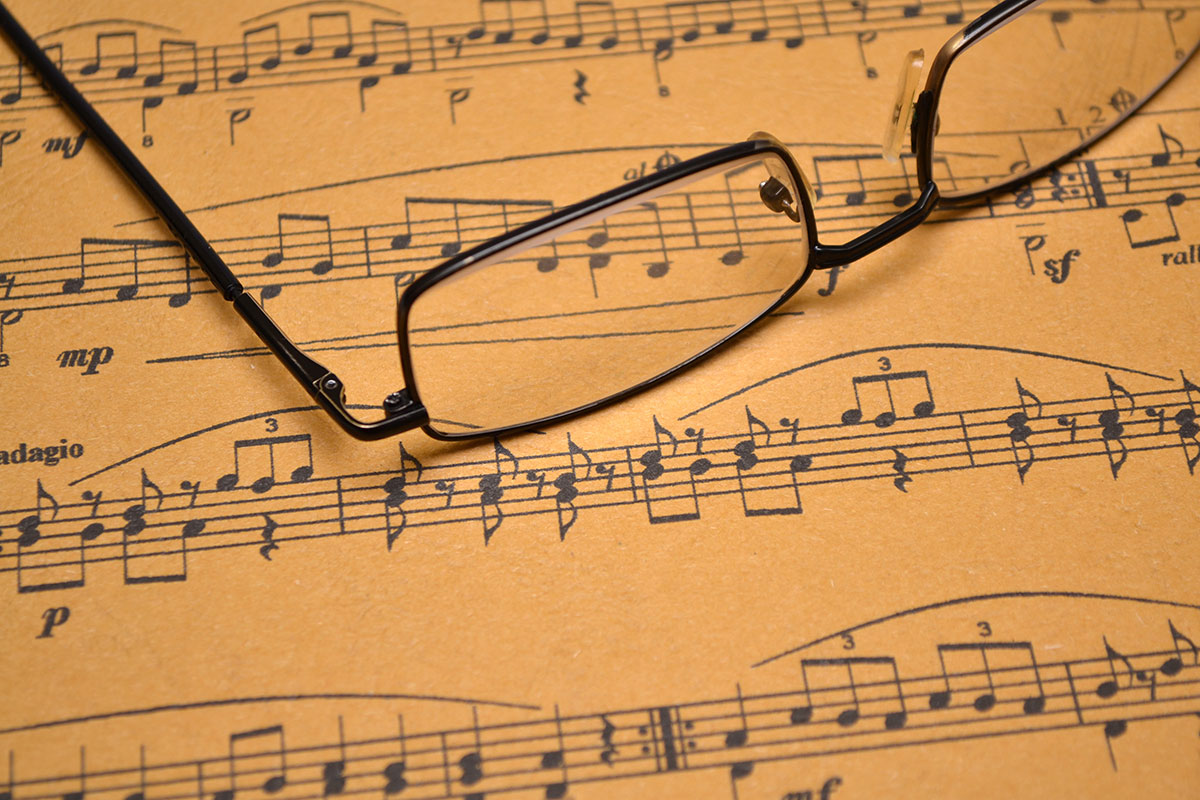 Dad was a World War II transport pilot with the Army Air Force. He kept his copy of the World War II Army-Navy Song and Service Book for Ship and field (1942 edition). Like many of his books, the hymnal became a file cabinet for clippings. He also pasted a copy of the United States Air Force Hymn in the front of the hymnal because after the war he became a member of the United States Air Force that was created as a separate branch of the U. S. military in 1947.

Lord, guide and guide the men who fly
Through the great spaces of the sky;
Be with them traversing the air
In darkening storms or sunshine fair.

Thou who dost keep with tender might
The balanced birds in all their flight,
Thou of the tempered winds, be near,
That, having Thee, they know no fear.

Control their minds with instinct fit
What time, adventuring, they quit
The firm security of land;
Grant steadfast eye and skillful hand.

Aloft in solitudes of space,
Uphold them with Thy saving grace.
O God, protect the men who fly
Through lonely ways beneath the sky.

The Air Force Hymn has a hundred year history. Scottish-born poet Mary Christian Dundas Hamilton(1850-1943) penned the prayer for aviators in 1915. Her nephew, Brigadier James Melville Hamilton, who was awarded the Distinguished Service Order(DSO), may have been the inspiration for the prayer. It was printed in The Times in London in 1915. It also appeared in William Reginald Wheeler’s anthology A Book of Verse for the Great War published by Yale University Press in 1917. The words were set to music by English composer C.H.H. Parry(1848-1918)  in “A Hymn for Aviators.” It appeared in the 1928 American Student Hymnal set to Mozart’s “Dona Nobis Pacem” (Grant us peace).

This portion of the song’s history reminds me that aviation was very young in 1915. Military aviation was ever younger.  Dad’s relative, Donald Edward Stone, of Mexico, NY was a World War I pilot. He flew with the Lafayette Flying Corps which was composed of American aviators flying with the French Air Force. Initially, he served with the ambulance corps of the American Field Service (AFS) and awarded the Croix de Guerre for bravery under fire. He joined the Flying Corp and was shot down on Sunday April 21, 1918, the same day that Manfred von Richthofen the famous German ace, the Red Baron, was shot down and killed over Vaux-sur-Somme in France. The details of Donald’s death are not clear.

The history of Hamilton’s prayer continued into World War II when it was adapted as a tribute to naval aviators in The Navy Hymnal. It was also used by the Army Air Force. After the war the song was adopted by the Air Force as its hymn. The Air Force Hymn is set to the tune Quebec (also called Hesperus) and credited to Henry Baker who was born in England in 1835 and died in 1910. The tune was composed in 1854. He earned a music degree, but also worked as a civil engineer. Many people are familiar with the tune because it is also used with O Jesus, Thou Joy of Loving Hearts.

Dad loved Mary C.D. Hamilton’s lyrics and the Quebec tune as evidenced by his addition of the song to the 1942 hymnal. Late in his life, when somebody asked him what he did in life, he would reply, “I was a four-engine pilot” referring to the B-17s, C-87s, C-109s and C-54s he flew in the war. He was an aviator at heart and Hamilton’s prayer from 1915 became one of his prayers on many occasions. In my biography of Dad, A Last Chapter of the Greatest Generation, a chapter is titled, “Lord, Guard and Guide Those Who Fly.” We used the Air Force Hymn in the two memorial services held in 2014 for Dad in Arlington, Texas and Watertown, NY. I encourage you to take time to reflect on the lyrics above and google the tune as you think about pilots you knew or know. Say a prayer for them to the Lord who guards and guides those who fly.