A Crew That Flew Everywhere 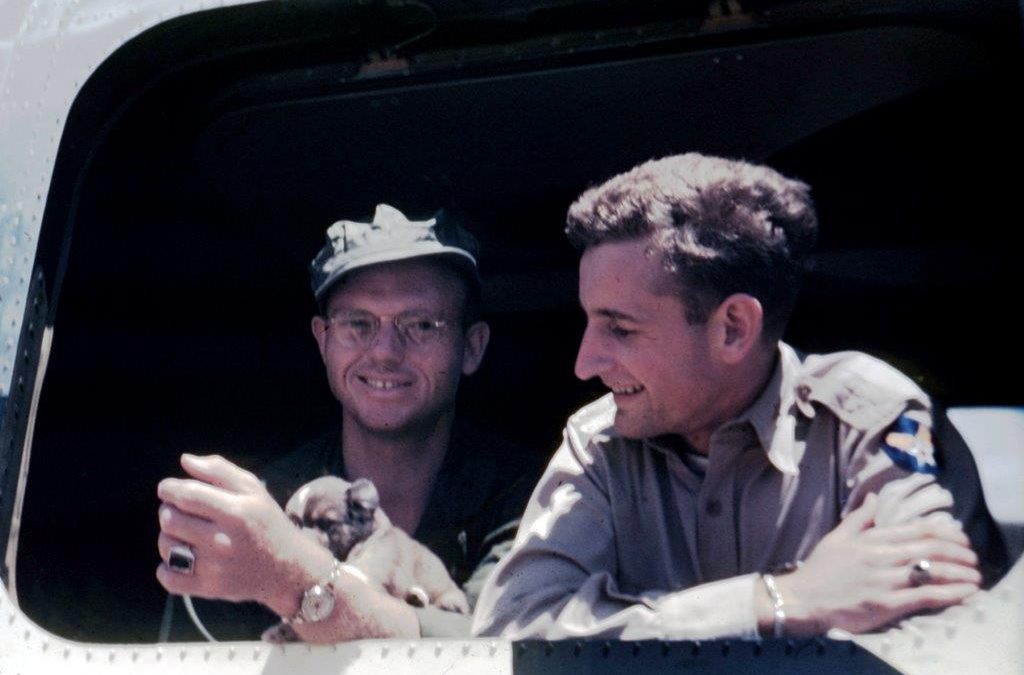 Dad and his crew departed Nashville, Tennessee on Sunday, September 24, 1941 in a brand new C-87 (44-39271), made in Dearborn, Michigan. The C-87 was a cargo version of the B-24. The first stop was at Morrison Field in Miami, Florida. Dad’s copilot Lt. Roland E. Speckman was married less than a year and wrote his wife Mary everyday. His letters provide the information about the trip. However, censorship prevented him from disclosing the destination of each leg of their journey for a few of the first stops to India. He calculated that the fuel for whole trip to India would cost about $4000. 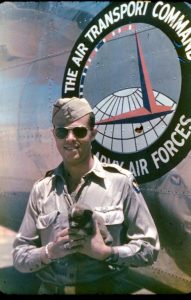 Dad’s flight log also provides the names of the crew members, dates for departure and arrival for each leg of the trip. It includes the time and distance. He also included some information about the cargo, weather conditions or landing issues.

The other crew members included Chief Engineer J. S. Byrnes, Radio Operator PFC William “Bill” D. Syester and Navigator 2nd Lt. Vernon W. Walker. Roland mentioned one other crew member in his October 8 letter, “George, our Auto-Pilot” who did most of the flying. A mascot was added to the crew by Byrnes in Natal, Brazil. It was a female puppy that he initially thought was male and named it Butch. Her name was changed to Turbo to honor the way she would wind up and do her business! She loved to fly and was scared of the Jeep that they rode in to the beach in Arabia. She didn’t care for the ocean either. She got cold from the ocean water and Dad dug a hole for her to keep warm in and out of the sun.

On October 11 Roland and Walker rode a two-wheeled pony cart into Agra and visited the Taj Mahal. Roland wrote to Mary on October 12, ‘I still don’t know what to expect as far as my new base is concerned, but I plan to fix up the place the best I can. I think w are bound to fly the “Hump” into China.’

Roland’s October 13 letter says the crew did errands on the base and then took a ride into town, arriving back at the post at 7pm, in time for supper. He mentioned that he and Dad went to the Officers Club and had a few drinks. The next day the crew flew #271 to Tezpur which would be their Permanent Change of Station (PCS), Army Air Force Base Unit #1327. They arrived late in the evening, so there wasn’t much they could do, except to empty the plane, get to their barracks (bashas), clean up and eat supper. They also watched the movie “Marriage Is a Private Affair” with Lana Turner.

Ten dollars a month was paid to the Officers Club that covered their house boy, got their laundry clean and hair cuts for free. They paid $1.50 for a meal ticket book for 30 meals, that even Roland called cheap. The crew that flew to everywhere didn’t exactly stay together. Vernon Walker returned to the States. The others separated into different living quarters, but after a couple of months, Dad moved into Roland’s basha and they roomed together until Dad’s departure for the States in early May 1945. For this reason, we have some information about Dad’s Hump experience through Roland’s letters to his wife. I am deeply grateful for the copy of those letters that Dad purchased from Roland around 2000. The following photos are courtesy of Roland.